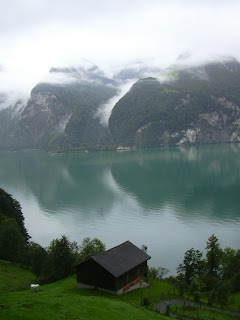 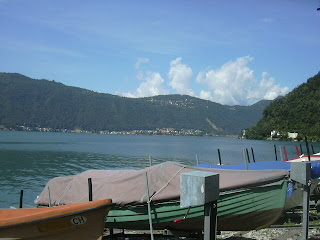 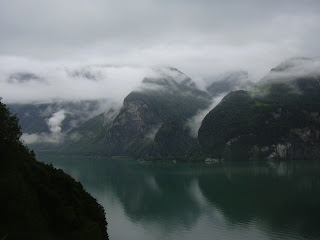 Hiya. So, at the start of the journey, it took two hours down to Dover. Didn’t have to wait long for the ferry. No interrigations regarding the dog, but still had to pay for him to stay in the car. On the ferry, I got a lovely neck massage for a fiver! Country B roads through France. I didn’t know at the time, the capabilities of TomTom. One can tap in ones destination and it’ll take you to the door of a hotel. That would have been handy the day I was ‘taken for a ride’. Luckily, that evening, I saw a big sign from the road for a cheap and cheerful establishment around the time I wanted to stop.
Day two I’ve told you about. A very plastic hotel called Etap, in Remoremont, which the kindly man in the cafe took me to after I’d thrown a wobbly at the Frenchman who didn’t know his way around any more than I did. The loo was in a plastic moulded room, as was the shower. In fact, looking around, the only non plastic things were the taps! But, it did have free internet!
Day three I had the most fab lunch in Densburen. Soup and main course plus two glasses of excellent wine for €16. During the afternoon, it started to bucket down and as the road was clinging to the side of a mountain, with a shere drop on one side, I decided to stop at ‘the next hotel’ which was at a place called Sisikon, Swizerland. It was only four o’clock, peeing down with rain and no internet. So I did the only thing one can do, and retired to the restaurant. Couldn’t eat much though, as I was still full from lunch. The beer was good though. In the morning, I took the photos with low clouds above and soon afterwards entered the St Gossard tunnel with trepedation. It wasn’t so bad.
Then for lunch I stopped by another lake and ate my sarnies (right).
As I’d told TomTom not to take me along motorways, it took me at my word, and took me through city centres even! That included Zurich and Milan! Don’t ask me what they were like. I was too busy watching the screen. It was no sweat. I just did what I was told and it worked! HOWEVER, shortly after leaving Milan center, TomTom screwed up big time and I was stranded, hot, tired and very bothered. It kept telling me to take the second exit off the roundabout. But, no roundabout. I tried every road in the area but it kept wanting to take me down a little lane in an iffy area with large dogs in a cage at the end of it! After asking the way in a transport office, I got eventually onto the dreaded motorway and just kept going. TomTom took me to a Holiday Inn Express in Italy. Comfortable but no internet…. well yes it did, but you had to pay.
The next day I started early, got on the autobahn and kept going. Even when the heavens opened and drivers were pulling over onto the hard shoulder, I kept going… all the way to Ancona and hotel Della Vittoria. It even had parking. Very old and decrepid place. My room was in the loft with a small window 6 foot up. I was very worried that the weather would be bad for the crossing but the next day turned out to be sunny and calm. The boat left at 1pm and was better than the one I’d travelled out on. This one was Superfast. Had to pay for Yorgi and his quarters were better than before but he still wouldn’t use it. I’d got a bunk in a dorm of six this time and as there was nobody else in the dorm, he slept with me. In fact, all across Europe, he slept with me, leaving his hairs on every bed he and I slept on!
The boat arrived in Iggomenitsa at 5am but it took until 11.30 to get to Patras, where we got off. It was a short drive to Rio, where I took another ferry (couldn’t stomach the bridge). After that, it was a white nuckle, mountain road through to Volos. We arrived at 6pm. That evening, I got a bit of cash out the hole in the wall on Visa and tucked into my first tchipero and meze in two months.
In the morning, I went to book by ticket. They didn’t take credit cards. No sweat I thought, I’d got my bank book, my cash card having been cancelled because I hadn’t used it in a year (that was a shock, having found out in Germany on the way over). When I got in the bank, there must have been 50 people waiting. I took the next number (just as you do at Sainsbury’s cheese counter) but lost my cool when I saw I had number 63 and the number was at 102! I threw the chitty away (big mistake) and went back to the hole in the wall. However, cos I’d got cash out within 12 hours, I guess, it wouldn’t give me any money. SO, back to the bank. Another chitty and a wait of nearly an hour. I was doing my crust thinking I’d miss the boat.
But I didn’t, and we got the ferry, getting off in Glossa. All the while, the pungent, festering smell of my favour English cheese filled the air. I think it had gone off somewhere in Switzerland.